An interview with Patty Egan, by Samantha Dinon. 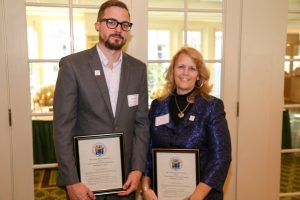 Last week, Stokes team members Matt Touhey and Patty Egan were recognized by the New Jersey Alliance for Action for Stokes Creative Group’s role in helping the passage of the Transportation Trust Fund Act in New Jersey and “Public Question 2,” a proposal on the November 8 general election ballot, requiring that the funds raised from the motor fuel tax be dedicated to the Transportation Trust Fund (TTF). I recently had the opportunity to conduct a very special interview with Patty.

SD: Hi Patty. Can you please tell me a little bit of background information about the TTF and more about Alliance for Action’s “Celebrate TTF” event in terms of who was there and what the main mission was?

PE: Sure. TTF stands for the Transportation Trust Fund, and in New Jersey we haven’t had one for several years. There was a group of active organizations, companies and individuals that played a part in enacting the funding of the Transportation Trust Fund and the passage of Question 2 by making legislators and the public aware and encouraging them to take action on this very important issue. Alliance contributed to major steps to get the TTF funded. Some key players were Alliance President Phil Beachem and Vice Presidents Gerry Keenan and Chris Hartman who all reached out to their 7,000-plus members and others to determine how to most effectively reach the public. Social media ended up being the way to go.

SD: How many people were there?

PE: About 250 people attended the event and there were 30 award recipients. Alliance had a mock-up of the actual TTF bill made up on a board to be signed. It was a very humbling experience as Matt and I signed the bill along with all of the award recipients. The best part was that some people have been working on this for 10 years and it was nice to see their dreams and efforts realized after so long.

SD: What was Stokes’ role in this?

PE: Stokes created a webpage on Alliance for Action’s website depicting a map of New Jersey separated by county. People in New Jersey could visit the website and click on their county to see photos of the damage and horrible conditions of our roads and bridges. This allowed the public to see just how bad the situation was and why it was important to fix the roads throughout New Jersey. There was even a section where you could directly email the photos to legislators and tell them that the conditions were unacceptable and that something needed to be done.

SD: Why was something like this so important to do and why are the people that were there so honored to be recognized?

PE: I think that it was significant because two sides of government had to come together for this to work. It was really about the state of New Jersey and the people that live here, so Democrats and Republicans had to work with each other to make this happen. It was also about the safety and quality of life for those traveling our roads every single day. There was one report issued by a national transportation research group, TRIP, that stated it costs the average commuter $2000 a year in car repairs due to poor road conditions.

SD: What happened to the original funds we were supposed to have?

PE: The first TTF bill was in 1984 but it wasn’t a dedicated fund, so other areas of New Jersey’s government could borrow from it. The account got dipped into so many times that we ran out of money much faster than we should have. Now we will have dedicated funds again for New Jersey’s infrastructure which is very important.

SD: Did the results of the election ballot help?

PE: Yes, New Jersey voted “yes,” approving that the money incurred from the recently enacted gas tax would be dedicated strictly to the Transportation Trust Fund. Although there is a stipulation that we can borrow against the TTF, there is a cap on the amount that can be borrowed. Regardless of dedicated funds, there are so many roads and bridges that need repair right now, sometimes you need to borrow in order for certain roadway projects to be completed. Just because a road looks good doesn’t mean it’s in good condition. The substructure also needs to be looked at, too.

PE: It was my first time being at an event like this, and it was very humbling to be among people that were completely dedicated to making a change. Just being a part of making positive changes for your state is such an incredible experience. We were excited to work with Alliance – they are a wonderful group of people always looking out for the betterment of New Jersey; to be associated with a group like them is quite an honor! 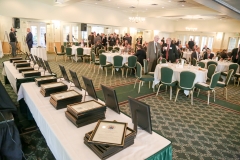 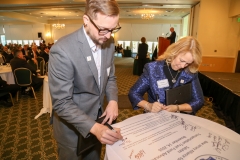 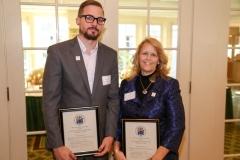 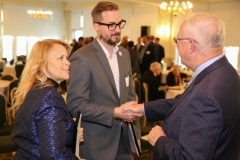 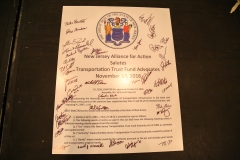 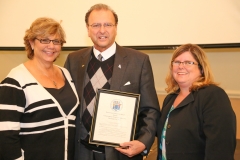 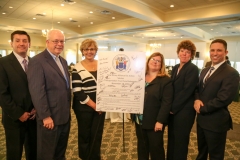 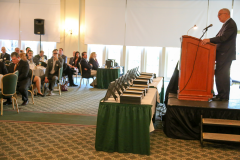